Clear your calendars Pink Peeps... the Geordie lass we can’t get enough of is back for a second series of her hit reality show on MTV! Yep, you guessed it, Charlotte Crosby returns to our screens Wednesday 30th January, at 9pm, for a second helping of ‘The Charlotte Show’ and Pink Casino are excited to announce we’re official sponsors!

In the first series, we caught an exclusive look at what it’s really like to live a day in the life of Charlotte. Since shooting to fame on hit tv series Geordie Shore, Charlotte has been working hard and partying even harder, as her hectic showbiz schedule and buzzing private life become busier than ever! Since making it official with now-boyfriend Josh at the end of series one, expect this season to reveal all on Charlotte’s blossoming romance as their relationship unfolds. Will Charlotte and Josh keep going from strength to strength with cameras set to follow the couples every move? Or will Charlotte’s doting parents, Letitia and Gary come to the rescue? It may be called The Charlotte Show, but there are plenty of familiar faces that join Charlotte in this brand new series. Not forgetting her picture-perfect pooches, Baby, Rhubarb and Banana!

It’s popcorn at the ready as the second series of The Charlotte Show gives viewers an all-access pass to the good, the bad and everything in between in Charlotte’s life! Join Charlotte on a once in a lifetime trip abroad, as the second season opens with Charlotte taking viewers to Josh’s sisters baby shower, along with a press trip to South Africa. As if that wasn’t enough, Charlotte and mum, Letitia, head to Iceland for an all-girls trip filled with fun and unforgettable moments. Whether Charlotte is in the toon or millions of miles away, there’s never a dull moment and The Charlotte Show gives viewers an exclusive first-look at what really happens behind the scenes!

If you’re a fan of the popular Geordie gal, you’ll be familiar with Charlotte’s day to day antics thanks to her social media updates. But what really happens when the phone switches off and the cameras continue rolling? Keep your Wednesday plans free and get ready to tune in to the exclusive second series of The Charlotte Show on Wednesday 30th January at 9pm, on MTV! 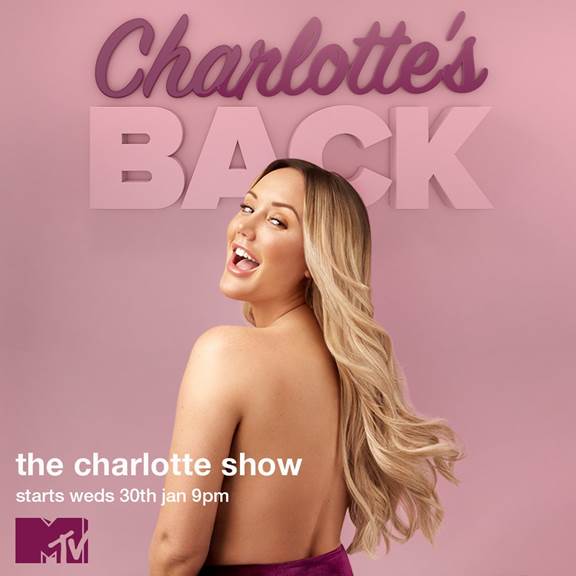 Just like Charlotte, there’s never a dull moment with us here at Pink Casino! Whether your online casino game of choice is an adventurous slot, a dabble of Bingo, or a top Live Casino experience, you’re in for a great online casino treat at Pink Casino! Be sure to keep up with our Twitter, Facebook and Instagram for the latest Pink Players news, Charlotte Show updates and more!